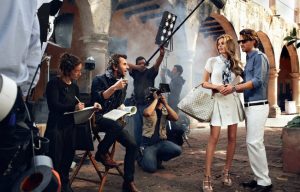 TV-series is one of the most popular types of film production in Ukraine. Television has become increasingly popular and it takes more and more time of an audience. Individual TV-series have reached the level of feature films and have already come into the life of an ordinary viewer. Some of the series are collected up to several million viewers in front of the screens. In such circumstances, it must be admitted that the filming of the TV-series requires a quality not less than in a feature film.

There are no austerity of time in the TV series, so it is possible to detail main characters and logical transitions in scenario. This kind of film product has several unique features: it is technically easier, audience likes to watch the continuation of their favorite heroes story, and that is why TV-serials have commercial success.

However, these benefits increase the responsibility for its creation. You need to pick up all the ingredients right to shoot popular television series, so the audience does not lose interest in the main characters during a couple of seasons. This is why Ukrikino pays special attention to the story of the future picture and characters of heroes.