Car accident, work in the USA and “Loving Vincent”: producer Olga Zhurzhenko about her work and life – Hochu.ua 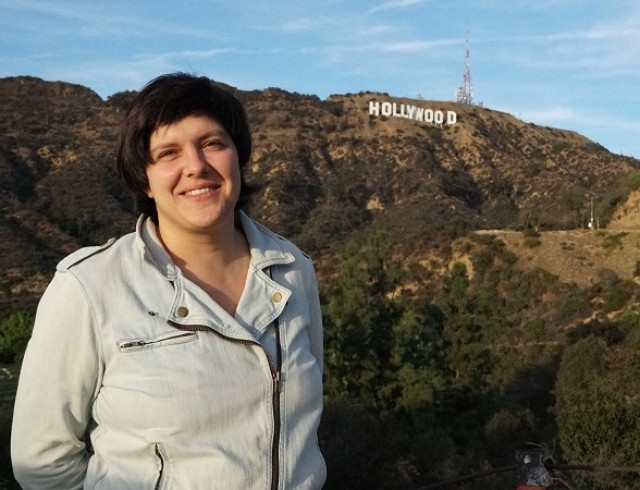 We know the names of famous actors by heart, we remember the names of movies, but often we do not even guess who is behind the creation of real masterpieces and embodies fantastic ideas into reality. We managed to talk to the amazing producer Olga Zhurzhenko and learn about how she reached extraordinary heights in her profession.

Olga Zhurzhenko is the director of UKRKINO, co-producer of the film “Peasants” and one of the coordinators of the exhibition “Loving Vincent”. Olga worked in the United States, collaborated with Hollywood actors and was involved in the organization of the Oscars.

Exclusively for HOCHU.UA Olga told about her secrets and details of the profession of a producer, shared her favorite movies and explained how the film industry works from within.

Olga, can you tell us what brought you into the world of cinema and prompted you to do it? A dream, an event, or something else? 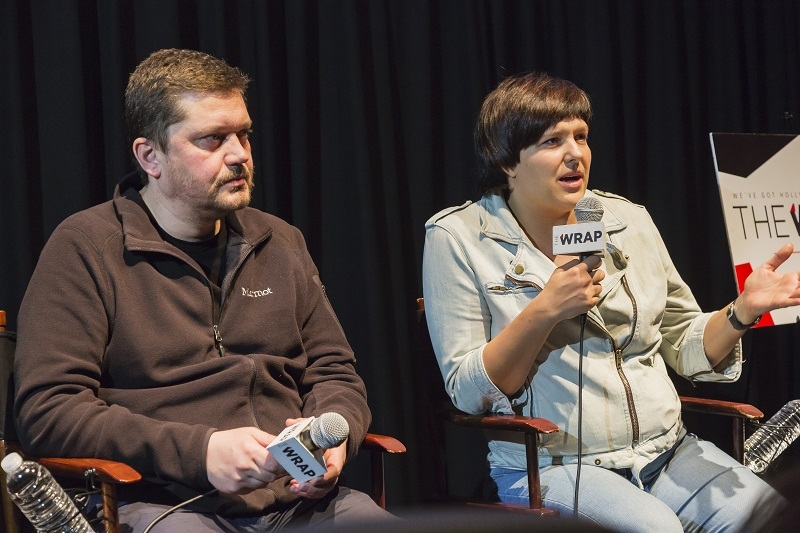 Car accident… Nearby Kyiv, in winter, on the ice, my car went diagonally through two opposite lanes and fell into a deep ditch. The car was turned 180 degrees and then thrown over the roof. Eventually the car got on its wheels, and I unbuckled my seat belt, opened the door and got out. I was very happy to be alive and well, although I could have died at least three times in those 15 seconds. 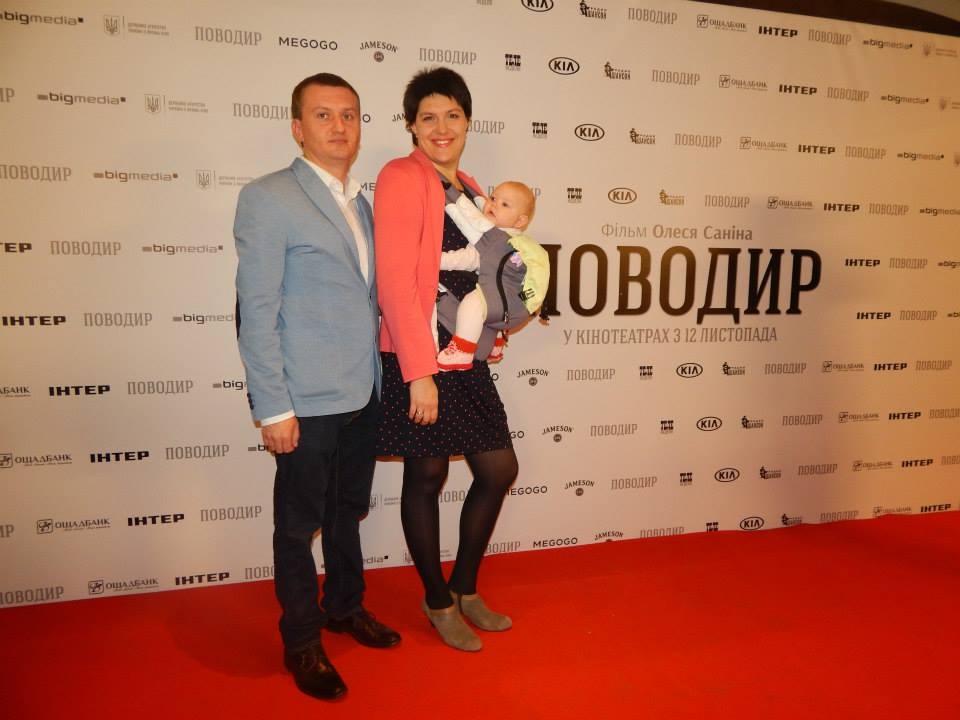 Some time after the accident, I started getting overwhelmed by the realization that I was left alive for a reason. That is how I remembered that since I was a child I wandered onto the set (my father was a cameraman in the Odessa film studio) and often read the scripts he was working on instead of books.

I remembered how impressed I was with the “American Beauty” film, reread my diaries and decided that a person is as happy as he is able to fulfill his childhood dreams…

And in my childhood and teenager dreams I clearly saw myself on the set, talking to directors and whispering something into their ears. 🙂

From 2015 to 2018, you worked in California and were a member of the US Producers Guild. Tell us more about this period. What exactly did you do? What skills did you manage to get? 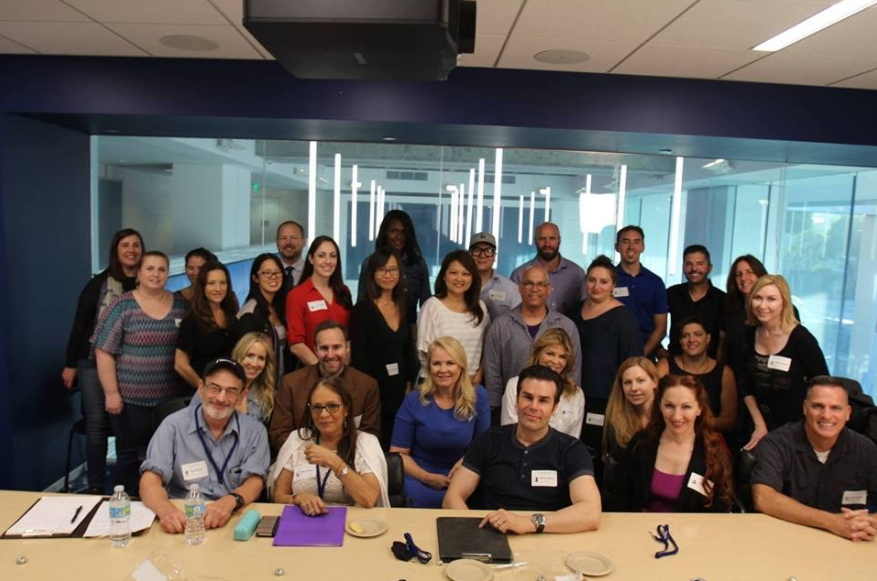 I was selling short films and studied the functioning of Hollywood and other guilds, besides the producer’s one. I also organized events and meetings with various producers. It was thanks to the Guild that I met producer Suzanne Todd.

I also participated in the Women in Film mentoring program, which is when I attended the Miramax studio. I visited the FBI headquarters, where agents talked about themselves, their skills, answered questions from screenwriters about how they do things. I worked for 3 months as an assistant to Bill Duke: everyone remembers him as a huge man next to Arnold Schwarzenegger in the movie “Predator”. I studied in detail how the promotional campaigns of Oscar-nominated films work. Upon my return, in 2018, I used all this knowledge to present the film “Donbass” in Los Angeles. 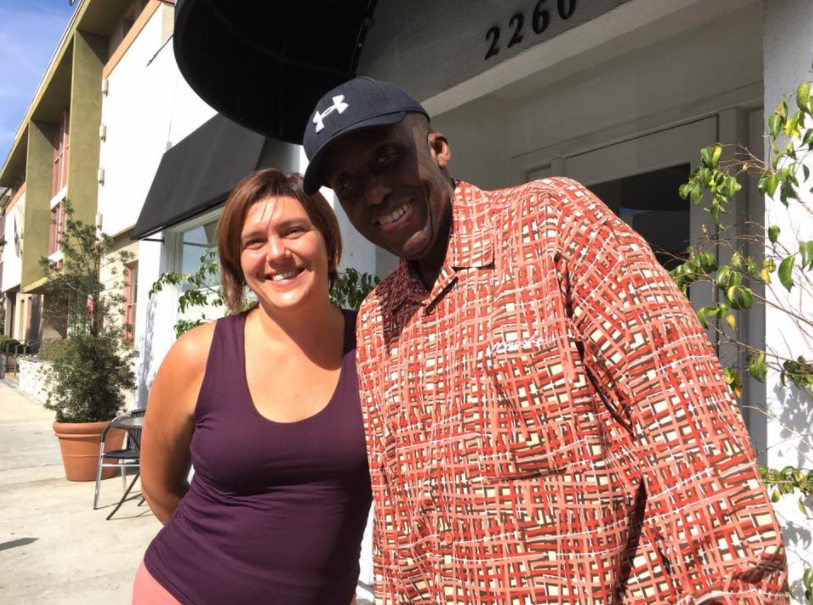 I managed to achieve the following skills:

Punctuality. In the United States, if the event is scheduled for 18:00 and a person enters the room at this time – they are late.

Diversity. I was in the United States when disputes over equal rights had only begun. It is only now that the whole struggle for diversity in film and film business has resulted in new Oscar rules, and 5 years ago it still seemed fantastic. 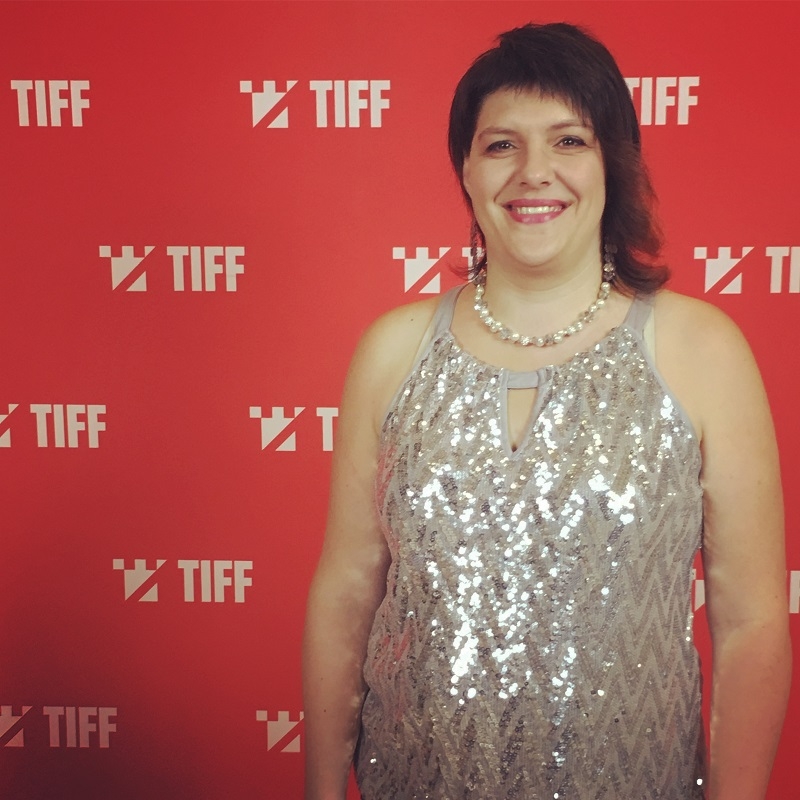 It is a fact that Ukrainian cinema will be much more interesting to watch in 5 years. The professionalism of screenwriters, editors, directors, producers and other workers in this sector is growing. It is also satisfying that professionals from the world of cinema are moving to television, and vice versa. This exchange, in my opinion, will reflect very well on the quality of television content.

“My thoughts are silent”;

What movies do you think everyone should watch?

Name the pros and cons of your profession. 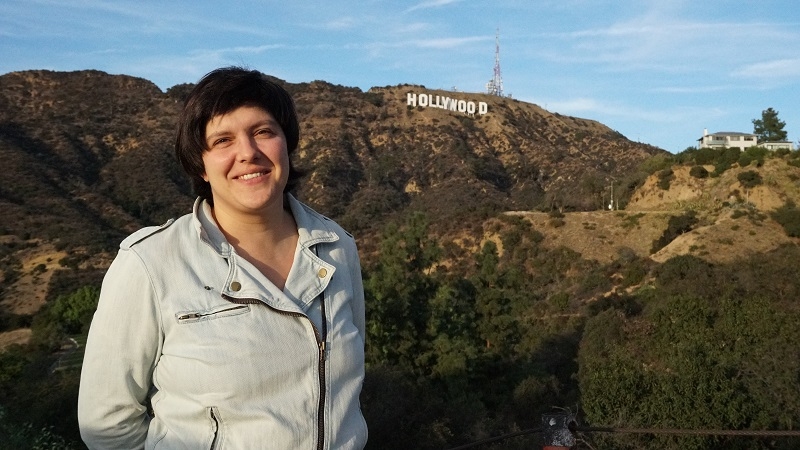 Pros: I am my own boss, the opportunity to implement own ideas, as well as inspiration from the work of directors, screenwriters and other creators. For example, I was very touched by Oksana Zabuzhko’s book “Fieldwork in Ukrainian Sex”. When I first returned from the United States, it helped me to overcome the cultural shock. It was the work of talented geniuses that I was able to rely on in the most difficult times of my life. Few people know that my father’s death coincided with the creation of the author’s film “Trumpeter”.

The disadvantage of my profession is instability: both financial and emotional.

What Ukrainian actors have you discovered in the last year?

For the last few years: Roman Lutsky and Kateryna Molchanova.

What qualities and skills should a real producer have? 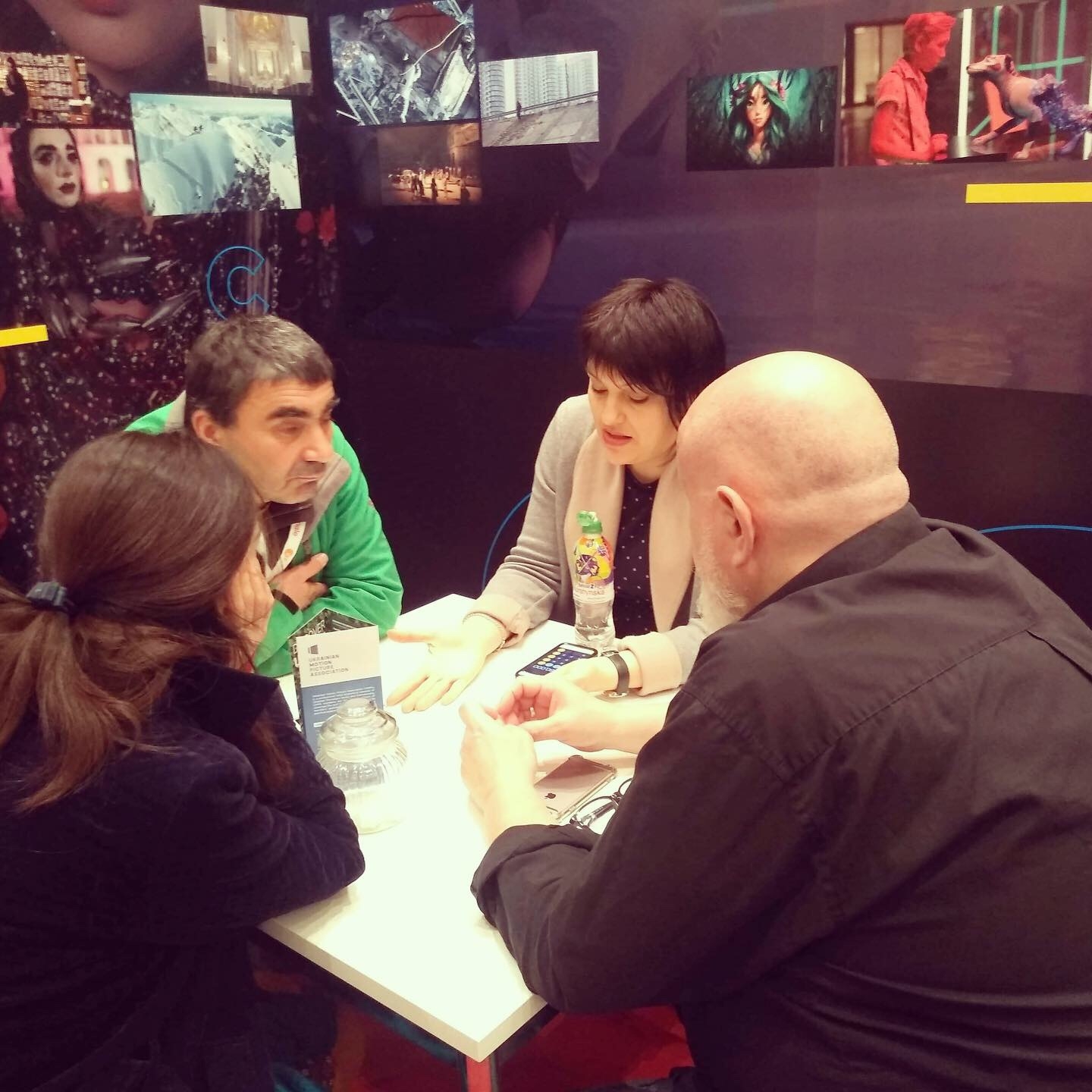 First of all, physical and emotional health, because only with the help of health during stressful periods does the producer retain common sense.

Secondly, the ability to talk calmly about topics that for most people have special emotional coloring shortcomings, sex, money, responsibility.

Thirdly, leadership qualities and the ability to plan projects, situations, relationships several stages in advance, as well as to provide a “B” plan and put “some hay” for yourself or your people  in the right places.

Tell us about the new project called “Peasants”. Is it difficult to work on?

We are just beginning to work on this project with our Polish colleagues. They have already shot some of the material, and there is a huge part of paintings and animation left from our side. 25 Ukrainian artists will paint and “bring them to life” for the final version of the film.

Is it difficult? Of course it is!

Was it difficult for me to give birth to two children? Of course. But it brought such boundless happiness that all the pain and difficulties have faded from my memory. Same with the project “Peasants”.

Of course, that is not easy at all – to work with foreigners, to find the right artists, to persuade the State Cinema experts that this project is worthy of support, to build a marketing plan, to promote the film and recoup the money in the rental… But the result will be worth it.

What impressed you about “Loving Vincent”?

The unique animation style, patience of its creators, an impressive story of the death of a genius, which remains covered with a mass of mysteries and secrets.

Was it difficult to organize the “Loving Vincent” exhibition? Can you name a few reasons why everyone should see it?

The “Loving Vincent” exhibition will give you an idea of the scale of work behind the film: from the idea to final product, which is designed to impress you. By the way, it is very interesting to see how Van Gogh’s paintings turned into live animations.

When we prepared the exhibition, we focused on the works of Ukrainian artists: in our version there are many more of those, than in previous exhibitions in the Netherlands or Korea.