«You will be mine» 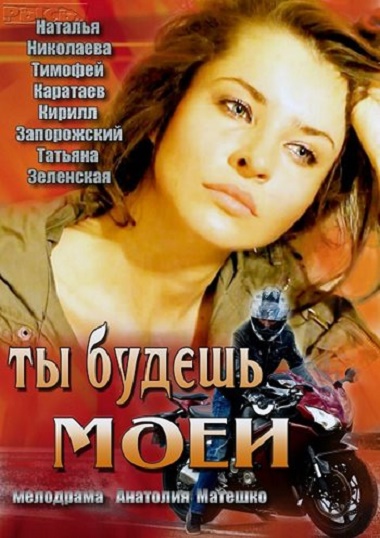 Full-length TV project of 2013 release. Like other television projects of Olga Zhurzhenko, it was broadcast on the central Russian channel “Rossiya 1”, as well as on one of the main Ukrainian TV channels “Inter”.

If you are young and beautiful, if you cause admiration of men and the envy of women, if two of the most beautiful guys in the institute look after you, it’s easy to give in to the illusion that this world is created for your happiness.

But sooner or later you have to make a choice. What is more important – vivid gestures or quiet devotion? Strength or care? Perseverance or forgiveness?

Dina has to pay brutally for his wrong choice. And not only her, but her little daughter. As if, having made a mistake, she stepped into the world for a crooked mirror. Where gold turned into glass shards, courage turned into cruelty. In a world where love brings not happiness, but jealousy. Where friendship turns into betrayal. And even the understanding that you are to blame for everything does not save you from fear and despair. But there, behind the glass, in an undistorted world, there was a man ready to lend a hand …

The movie «You will be mine» online