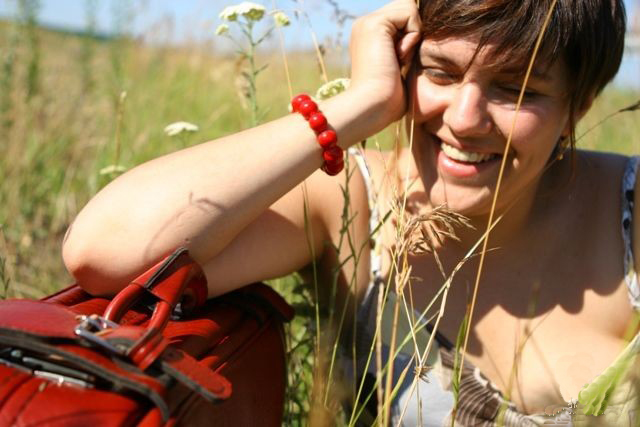 How was the crew selected? All the actors were found through the casting?
The creative team was chosen creatively. Screenplay and director’s ideas attracted right people to our team.

If you ask about the actors, an extensive casting among was conducted the children. Casting agency have seen 2-3 thousand of children in their search for the talents; they came with their inquiries in many centers of children’s art, music schools, drama and dance clubs, even in model agencies. This way we found Polinka Tarasenko from Kherson. It was much easier to find adults because our director have huge experience of working with many actors. A lot of time was spent on choosing actors for the main roles, especially the role of Kolja Shevchenko and Gamkalo.

Why did you choose this genre?
I duess it is the Genre who chose us. Family comedy is what people have a lack of nowadays, I think.  “Trumpeter” is a good movie that brings eternal values , encourages believing in yourself, in your talent, in love and friendship. There are not so many films that carry this message to the masses. It is hard to restrain it without trying to educate the viewer through the screen. I think Anatoly Nikolayevich did it and the movie came out really entertaining.

Which films you have already produced?
This is my first film of such a scale. Previously it was only the film “Gamer” by Oleg Sentsov. There are several projects in development now.

How do you evaluate the audience?
People who attend the Ukrainian theater is mostly young – aged 18 to 26-28 years. Families rarely go to the movies in Ukraine, unlike, for example, in U.S. Audience of our film is families and we hope that the film will reunite children and parents at least for one evening and they will go to the cinemas together.

Are you planning to create a TV series for children?
No, I do not plan that. We discuss the idea of producing a book and a play, inspired by the movie. But today this ‘plan’ rather has a large part of a joke in it.

What difficulties restrain the development of Ukrainian cinema?
I would say a lot of these. It is probably better to ask if there is something that supports this development. Such a factor was Catherine Kopylova and the financing of the industry by Ukraine Agency of Cinema. But in the modern political context, the government will not support anything like this – to create a movie that we can be proud of.

I think that the main obstacle for the development of Ukrainian cinema is a lack of professionalism and modesty that are the true characteristics of a large talent. And I’m not talking about the skills of people working on the set, I’m talking about professionalism in a creative environment. Creators can be careless, but they continue to do their jobs. We have a lot of self-proclaimed creators, actors, producers, who immodestly call themselves film makers without creating anything worth to go for.

There are also objective factors impeding the development, such as the lack of experience in the advertising and promotion of the film product. Also a lack of experience in the development of film projects greatly affects. I’m talking about all the work that takes place between the creating the ideas and presentation of the project for funding. We can learn all this Europe and the United States, but only a few want to go there. Very few people in the field of cinema in Ukraine know English and try to learn their profession abroad. And what we have in Ukrainian universities is just a number of film theorists – but not real makers. Objectively, the movie industry in Ukraine is very young. That is why there are no experience and in such modern things as advertising, promotion, development and producing.