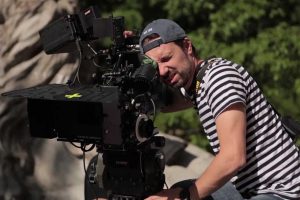 Since 2002 works in creation of commercials and music videos.
Stars of Ukrainian and Russian music business recruit Yuri to cooperate.

In 2010 he was invited by “Kvartal 95” to work on the project “Porobleno in Ukraine” in the show “Evening Kiev”.