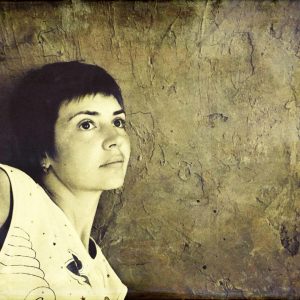 I was born in a small town of Kozelets. My mother is a school teacher and a child psychologist, and my father is a multi professional – from locksmith to commodity expert.

I did not succeeded well in school, but I was interested in literature and visiting different studios.

Graduated from Karpenko-Kary National university of theatre, cinema and television and my specialty is television director in Pavlov’s workshop.

Experience in cinema:
– prop director assistant, location manager, playback, film editor, director;
– second director in television films and commercials of “A7” company;
– director and film editor in “Tehnomediya”;
2010 — directed series of commercials for the «Sony» company;
2011 — director of a tale “Scarecrow and Stork” (theater “Slonenia”);
2012 —art director of video performance “Two ladies in the direction of the North” (Drama and Comedy Theater on the left bank).